Their love story.....
Sarah and Dave were brought together through their mutual friends at a New Year’s Party. While Dave was acting like the “Brit from London” and discussing her
favorite novel “Jane Eyre”, he totally captured Sarah’s interest from that point~ 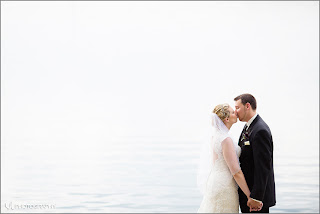 Fast forward a few years...
Under the stars and moon was Dave’s proposal to Sarah, it was a week before their anniversary. He had been trying to find an opportunity to propose to Sarah and discovered that the snow on the ground had a blank canvas for his message...
Before Sarah returned, he started to carve the letters “will y” in the snow and quickly realized that the snow underneath was frozen. So his alternate plan was under a projector that spilled out magical stars on the walls and ceiling in the room!

Both of them sharing a strong Irish Heritage, they chose to incorporate a hand fastening element to their ceremony, as well as her favorite poem “I carry your heart” by: E.E. Cummings. Under the stars and Moon in the “Skylight” ballroom at Wedding caterers in Goa is where their reception took place. They felt it evoked that “ethereal” feel just like their love for each other!
Posted by Unknown at 04:59

Email ThisBlogThis!Share to TwitterShare to FacebookShare to Pinterest
Labels: wedding